Where the optimum balance lies between maximising the conveyance capacity of surface water drainage channels, and ensuring that these channels are resilient supporters of biodiversity and ecological health has become a prominent issue as the prevalence and cost of major flood events has risen in recent decades.  This issue is particular problematic in the smallest of drainage channels – agricultural ditches and streams – where vegetation and other obstacles can block the flow of water very effectively.  The work described in this talk set out to understand how vegetative and other flow resistance in small drainage channels can be parameterised and predicted, given that standard methods used in larger channels may not be accurate in this context. A first attempt to separate out variations in flow resistance at growing season timescales from variations in flow resistance at daily timescales due to changes in flow rate found difficulties in disentangling these influences.  Subsequent work found that differences in flow resistance and its seasonal rate of change between differently-vegetated channels were discernible against a backdrop of varying flow rates and seasonal growth patterns.  A third experiment found clear differences in energy partitioning in the flow, and thus flow resistance due to changes in their spatial patterning of artificially positioned obstacles (sandbags).  The implications of this work, and the potential for future developments are considered. 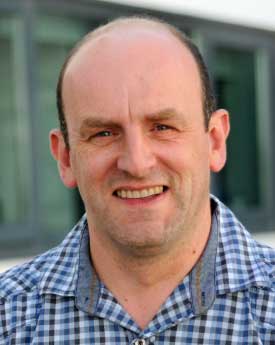 My research is focused primarily on understanding the ways in which currents, waves and turbulent mixing processes affect, and are affected by, ecological phenomena from plankton to seagrass meadows. I am particularly interested in the effects of spatial heterogeneity on the hydrodynamics and ecology of surface waterbodies. I am also currently working on the environmental impacts of offshore renewable energy installations, and approaches to ecosystem management that benefit both society and the ecosystems themselves.